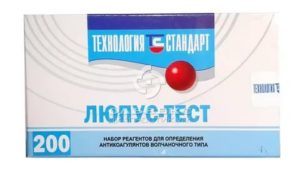 Antibodies form in the body as a response to infection. When an invader (antigen) enters the body, white blood cells known as B lymphocytes react by making special types of proteins called antibodies.

Antibodies are your body’s way of remembering an antigen; if it enters the body again, the antibodies will recognize it, combine with it, and neutralize it to prevent you from becoming infected.

However, with autoimmune diseases such as lupus, the immune system can produce antibodies (auto-antibodies) that attack your body’s cells as though they were invaders, causing inflammation, damage, and even destruction.

Several blood tests can be performed to detect specific auto-antibodies and help make the diagnosis of lupus. These blood tests are not conclusive by themselves, but combining the tests with certain physical findings can help to corroborate a diagnosis.

In this test, a blood sample is drawn and sent to a laboratory. Serum from the blood sample is then added to a microscopic slide prepared with specific cells (usually sections of rodent liver/kidney or human tissue culture cell lines) on the slide surface.

If the patient has antinuclear antibodies, their serum will bind to the cells on the slide. Then, a second antibody with a fluorescent dye is added so that it attaches to the serum antibodies and cells that have bound together.

Lastly, the slide is viewed using a fluorescence microscope, and the intensity of staining and pattern of binding are scored at various dilutions. The test is read as positive if fluorescent cells are observed.


Usually, the results of the ANA test are reported in titers and patterns. The titer gives information about how many times the lab technician diluted the blood plasma to get a sample of ANAs.

Each titer involves doubling the amount of test fluid, so that the difference between a titer of 1:640 and 1:320 is one dilution. A titer above a certain level then qualifies as a positive test result.

ANA titers may increase and decrease over the course of the disease; these fluctuations do not necessarily correlate with disease activity. Thus, it is not useful to follow the ANA test in someone already diagnosed with lupus.

The pattern of the ANA test can give information about the type of autoimmune disease present and the appropriate treatment program. A homogenous (diffuse) pattern appears as total nuclear fluorescence and is common in people with systemic lupus.

A peripheral pattern indicates that fluorescence occurs at the edges of the nucleus in a shaggy appearance; this pattern is almost exclusive to systemic lupus. A speckled pattern is also found in lupus.

Another pattern, known as a nucleolar pattern, is common in people with scleroderma.

It is important to realize that even though 98% of people with lupus will have a positive ANA, ANAs are also present in healthy individuals (5-10%) and people with other connective tissue diseases, such as scleroderma and rheumatoid arthritis.

Moreover, about 20% of healthy women will have a weakly positive ANA, and the majority of these people will never develop any signs of lupus. One source cites that some ten million Americans have a positive ANA, but fewer than 1 million of them have lupus. Therefore, a positive ANA test alone is never enough to diagnosis systemic lupus.


Rather, a physician will order an ANA test if the patient first exhibits other signs of lupus. This is because by itself, the test has low diagnostic specificity for systemic lupus, but its value increases as a patient meets other clinical criteria. It is possible for people with lupus to have a negative ANA, but these instances are rare.

In people with a positive ANA, more tests are usually performed to check for other antibodies that can help to confirm the diagnosis. Certain autoantibodies and substances in the blood can give information about which autoimmune disease, if any, is present.

To check for these antibodies, doctors usually order what is called an ANA panel, which checks for the following antibodies: anti-double-stranded DNA, anti-Smith, anti-U1RNP, anti-Ro/SSA, and anti-La/SSB.

Some laboratories also include other antibodies in their panel, including antinucleoprotein, anticentromere, or antihistone.

The anti-double-stranded DNA antibody (anti-dsDNA) is a specific type of ANA antibody found in about 30% of people with systemic lupus. Less than 1% of healthy individuals have this antibody, making it helpful in confirming a diagnosis of systemic lupus.

When the disease is active, especially in the kidneys, high amounts of anti-DNA antibodies are usually present. However, the anti-dsDNA test cannot be used to monitor lupus activity, because anti-dsDNA can be present without any clinical activity.

An antibody to Sm, a ribonucleoprotein found in the nucleus of a cell, is found almost exclusively in people with lupus.

It is present in 20% of people with the disease (although the incidence varies among different ethnic groups), but it is rarely found in people with other rheumatic diseases and its incidence in healthy individuals is less than 1%.

Therefore, it can also be helpful in confirming a diagnosis of systemic lupus. Un anti-dsDNA, anti-Sm does not correlate with the presence of kidney lupus.

Prospective studies have been performed as to whether anti-Sm correlates with lupus flares and disease activity, although evidence seems to suggests that it does not. The anti-Sm antibody is usually measured by one of four methods: ELISA, counterimmunoelectrophoreses (CIE), immunodiffusion, or hemagglutination.

However, un anti-dsDNA and anti-Sm antibodies, anti-U1RNP antibodies are not specific to lupus; they can be found in other rheumatic conditions, including rheumatoid arthritis, systemic sclerosis, Sjogren’s syndrome, and polymyositis.

Anti-U1RNP has shown to be associated with features of scleroderma, including Raynaud’s phenomenon; it has also been linked to other conditions, such as Jaccoud’s arthropathy, a deformity of the hand caused by arthritis.

Levels of anti-U1RNP may fluctuate in individuals over time, but this fluctuation has not proven to be a significant indicator of disease activity.

Anti-Ro/SSA and Anti-La/SSB are antibodies found mostly in people with systemic lupus (30-40%) and primary Sjogren’s syndrome. They are also commonly found in people with lupus who have tested negative for anti-nuclear antibodies.

Anti-Ro and anti-La can also be found in other rheumatic diseases, such as systemic sclerosis, rheumatoid arthritis, and polymyositis, and are present in low titers in about 15% of healthy individuals.

These antibodies are not highly specific for systemic lupus, but they are associated with certain conditions, including extreme sun sensitivity, a clinical subset of lupus called subacute cutaneous lupus erythematosus (SCLE), and a lupus- syndrome associated with a genetic deficiency of a substance called complement (a system of proteins that helps mediate your body’s immune response). In addition, babies of mothers with anti-Ro and anti-La antibodies are at an increased risk of neonatal lupus, an uncommon condition that produces a temporary rash and can lead to congenital heart block. Therefore, women with lupus who wish to become pregnant should be tested for these antibodies.

A serum complement test measures the levels of proteins consumed during the inflammatory process. Thus, low complement levels reflect that inflammation is taking place within the body. Variations in complement levels exist in different individuals simply due to genetic factors. 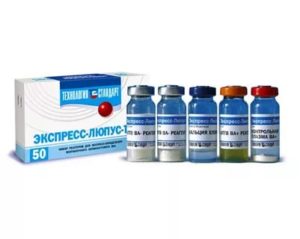 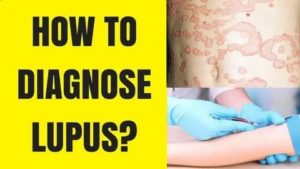 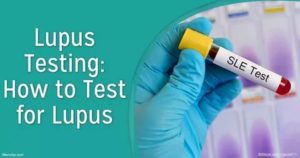 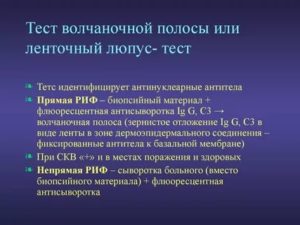